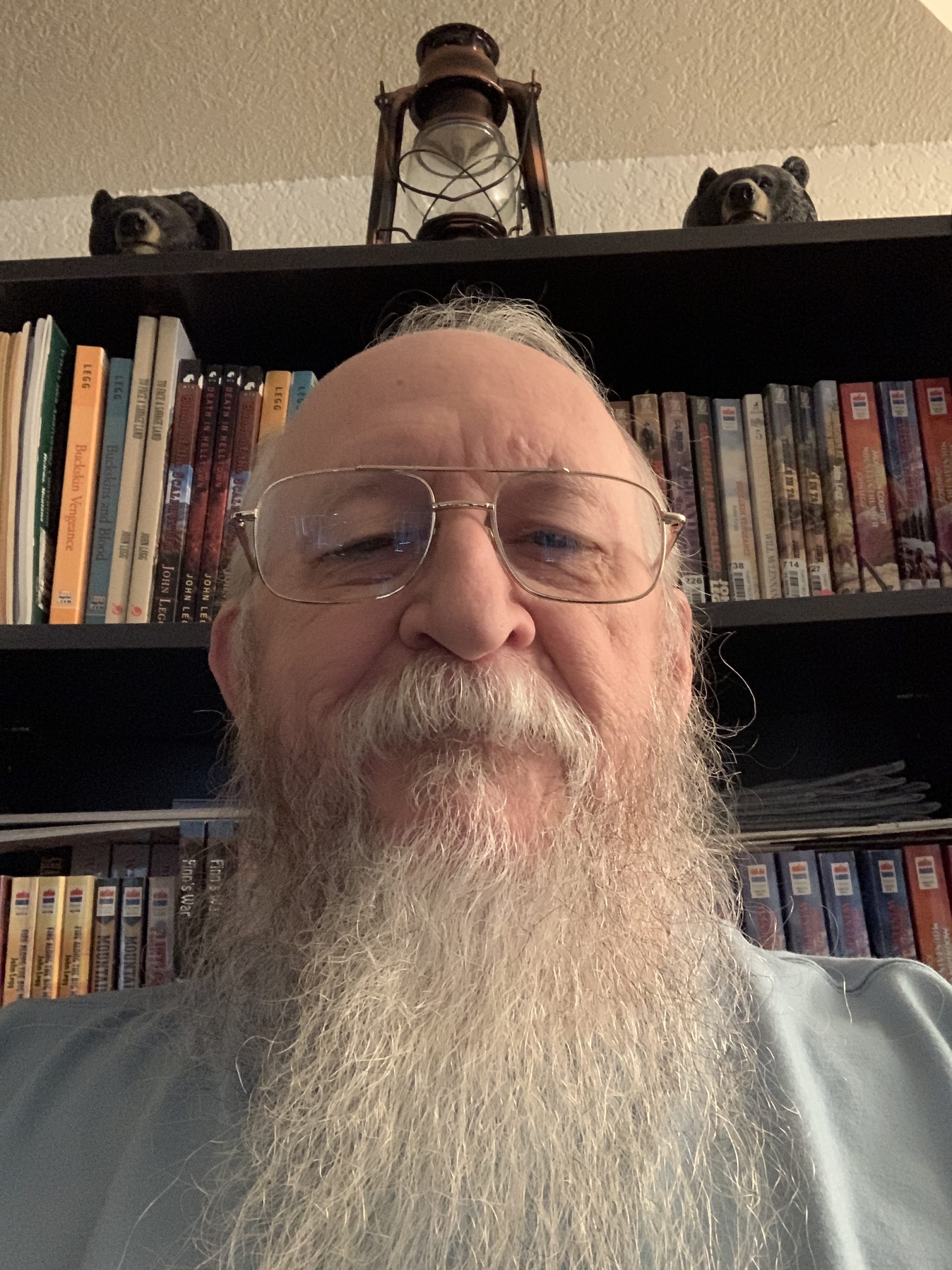 John Legg has published more than 70 novels, most on Old West themes. COMANCHE BLOOD, published by Wolfpack Publishing in June 2019, is his latest novel (under his own name) in the field of his main interest — the Rocky Mountain Fur Trade. He first wrote of the fur trade in CHEYENNE LANCE, his initial work.

CHEYENNE LANCE and MEDICINE WAGON were published while Legg was acquiring a B.A. in Communications and an M.S. in Journalism. Legg recently retired from his long journalism career.

Since his first two books, Legg has, under his own name, entertained the Western audience with many more tales of man’s fight for independence on the Western frontier. In addition, he has had published several historical novels set in the Old West. Among those are WAR AT BENT’S FORT and BLOOD AT FORT BRIDGER.

In addition, Legg has, under pseudonyms, contributed to the RAMSEYS, a series that was published by Berkley, and was the sole author of the eight books in the SADDLE TRAMP series for HarperPaperbacks. He also was the sole author of WILDGUN, an eight-book adult Western series from Berkley/Jove. He also has published numerous articles and a nonfiction book — SHININ’ TRAILS: A POSSIBLES BAG OF FUR TRADE HISTORY — on the subject,

Keenly interested in all facets of American history on the frontier, Legg was a member of The Opposition, a living history organization dedicated to accuracy in recording and portraying the times of the fur trade until the group ceased operating. He is a member of Western Fictioneers.

In an occasional break from Westerns, he has also published COLD KILLER, a men’s adventure; WOLF, a paranormal Western; and SHADOWWALKER, a sword and sorcery fantasy, among other works.