Welcome to my page

Join me for an adventurous ride into the Old West, where mountain men, Indians, and gunfighters blaze a trail across the wide prairies and Stony Mountains.

NO MATTER THE COST. 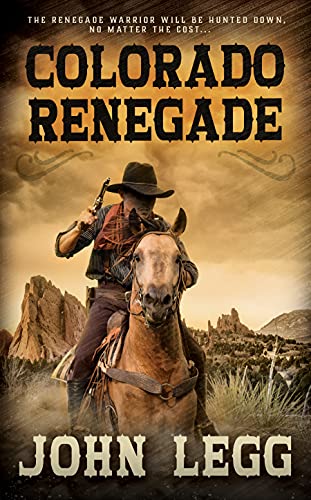 Bounty hunter Elias Prosper is as tough a man as the West has produced. But as hard as he is, he has a soft spot for children and women. When a Ute named Painted Bear casts off the ways of the white man and spirits away a Ute boy and a white woman, both of whom Prosper had rescued earlier, the bounty hunter ignores his wife’s pleas to stay home and instead heads into the mountains to hunt down the renegade warrior.

HIS RAGE HAS NO LIMITS AFTER AN ATTACK ON A PEACEFUL UTE VILLAGE. 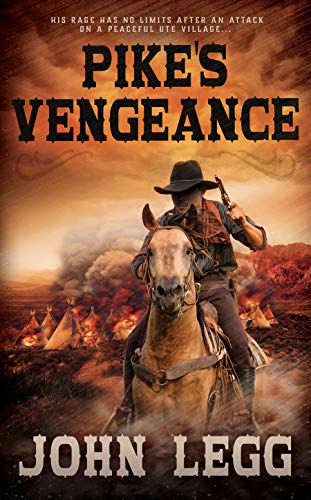 Bounty hunter Brodie Pike cannot see all the good he has done, only the infrequent mistakes. So he decides to get away from people. Little does he know when he finds a beautiful valley in Colorado Territory’s San Juan Mountains – where he plans to make his home – that the love of a Ute woman and the friendship of a warrior would change his life.

Blaming himself for a white men’s attack on a peaceful Ute village, and the defiling of an eleven-year-old girl, Pike embarks on a trail of vengeance to make the white demons pay a bloody price.

BRODIE PIKE IS ONE AGAINST MANY – THE ODDS ARE NOT IN HIS FAVOR. 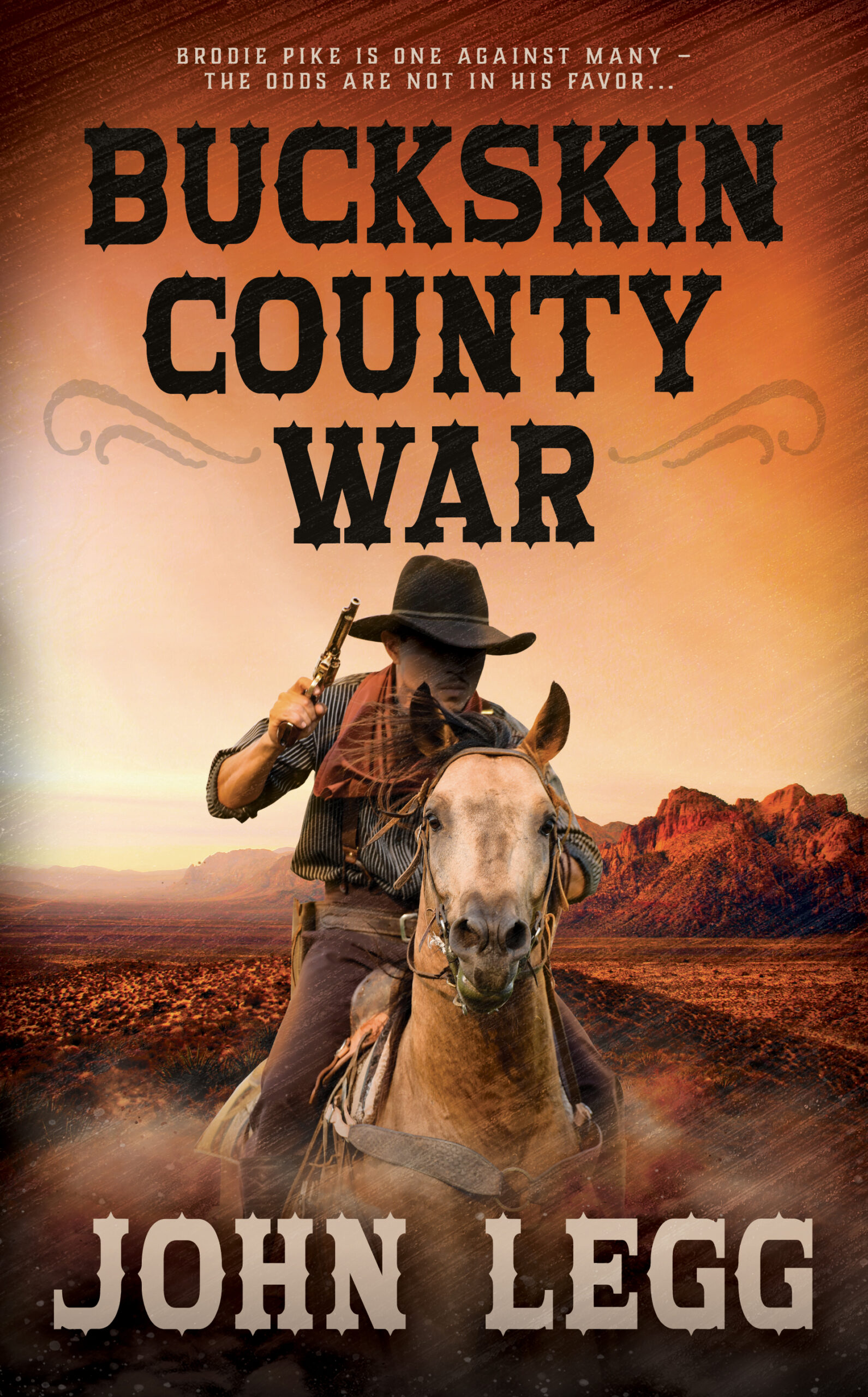 Brodie Pike knew he shouldn’t get involved. It would somehow turn out bad, as seemed to happen too often to him, but he couldn’t watch four gunmen bully a small-time rancher. The next day, the man he had helped is found beaten to death. Though he knows he is responsible for Edgar Dunn’s death, he refuses to help the group of small ranchers who know that the Buckskin County Cattlemen’s Association will be coming for their land soon.

Months later, he reads that the association has started its campaign of terror against the small ranchers. Against the odds, he decides to throw in with them, facing the association’s horde of hired guns, risking his life in the bloody, violent Buckskin County war, where death is just one bullet away.

ONLY ONE MAN DARED CHALLENGE THE COMANCHE WAR PARTY… 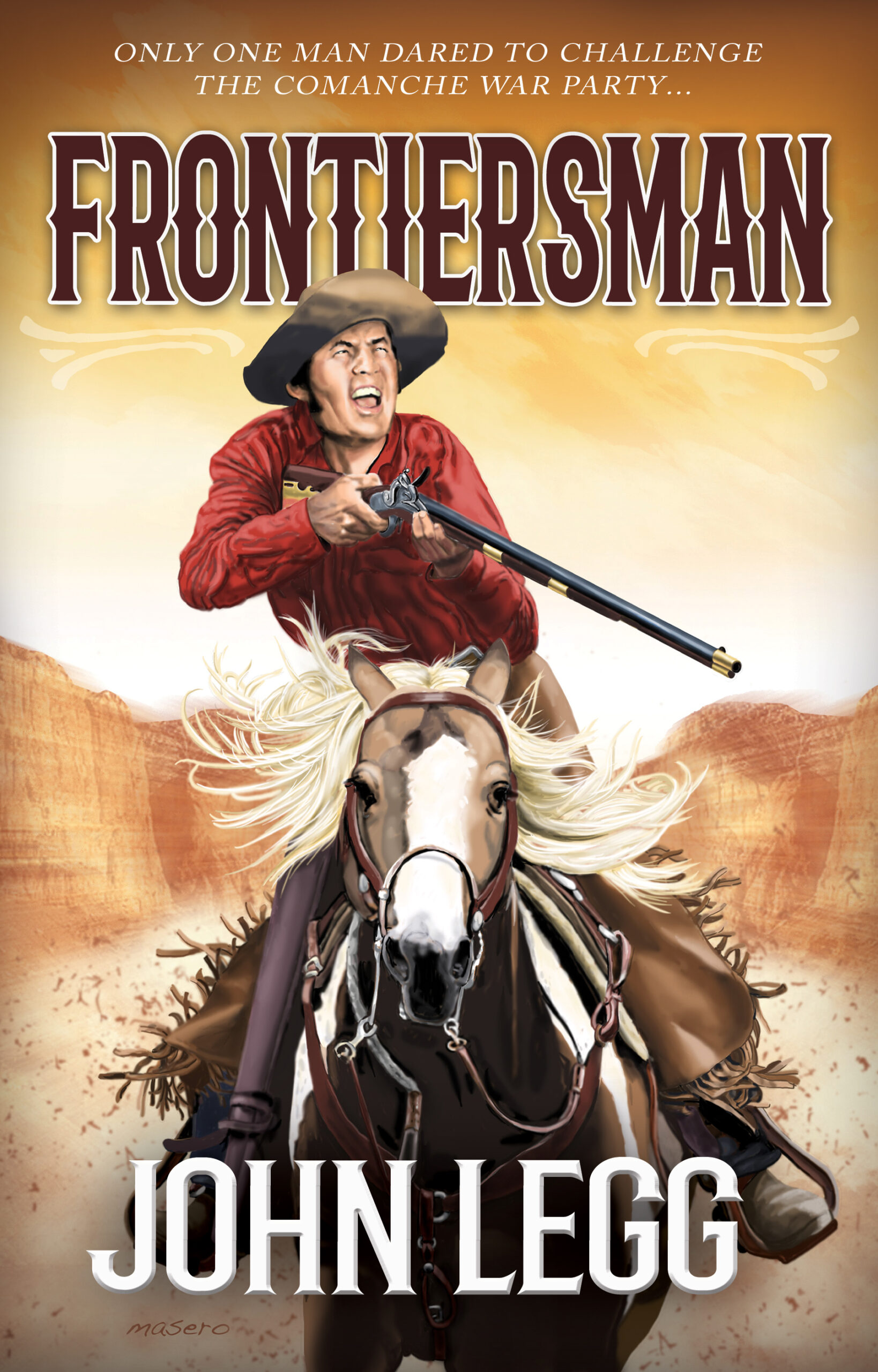 Caught up in a battle between the U.S. Army and a Comanche raiding party, former mountain man Linus Hudson and his two Cheyenne friends become part of a dangerous plan to rescue three captured soldiers.

WHEN YOU STEAL A MAN’S WOMAN, YOU’D BETTER WATCH YOUR BACK TRAIL 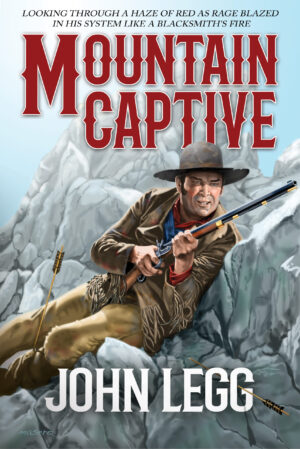 Even though he now has an Indian wife and son, mountain man Jim Blackwood cannot forget his first wife, Anna, who was taken from him by a band of Blackfeet five years ago. When he discovers a clue to Anna’s fate, Blackwood’s obsession with finding her forces him to choose between living in the past and finding peace in his new life. 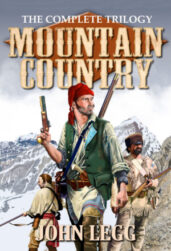 Turning their backs on civilized life and leaving behind loved ones, the three fur trappers must take a stand against raging elements and a ruthless foe. They are fearless and as hard as the mountains, yet not without an easygoing, though profane, camaraderie. They are mountain men.

ONE MAN’S SEARCH FOR HIS IDENTITY. 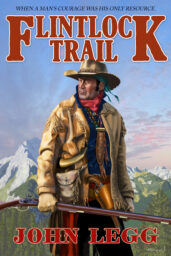 Jacques Maxwell is the son of a Louisiana slave owner and a Creole slave. He runs away at 16, and finds himself a member of Jean Lafitte’s privateers during the War of 1812. After the war, he ultimately signs on with the Missouri Fur Company.

Maxwell encounters more than his share of adventures, including numerous skirmishes with Indians as well as betrayals by men he considered to be his friends.

THE TOUGH, ROUGH, FEARLESS GUN-SLINGER IS BACK! 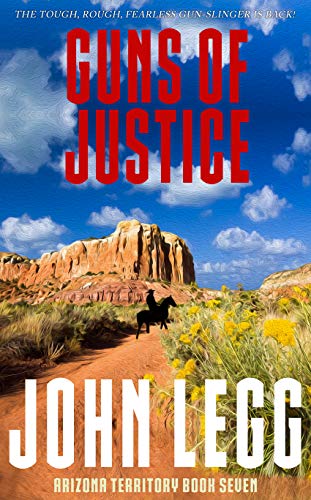 Jack Guthrie, former bounty hunter and current marshal of Bonito, Arizona Territory, receives a call for help from a friend in Apache Springs, New Mexico Territory.
When he – along with his wife, Addie, and year-old son, JJ – arrives, he finds a confusing trail of murder, conspiracy, kidnapping, and a surprisingly dark past of the woman he is there to help.

THE STORY OF ONE MAN’S PURSUIT FOR BATTLE… 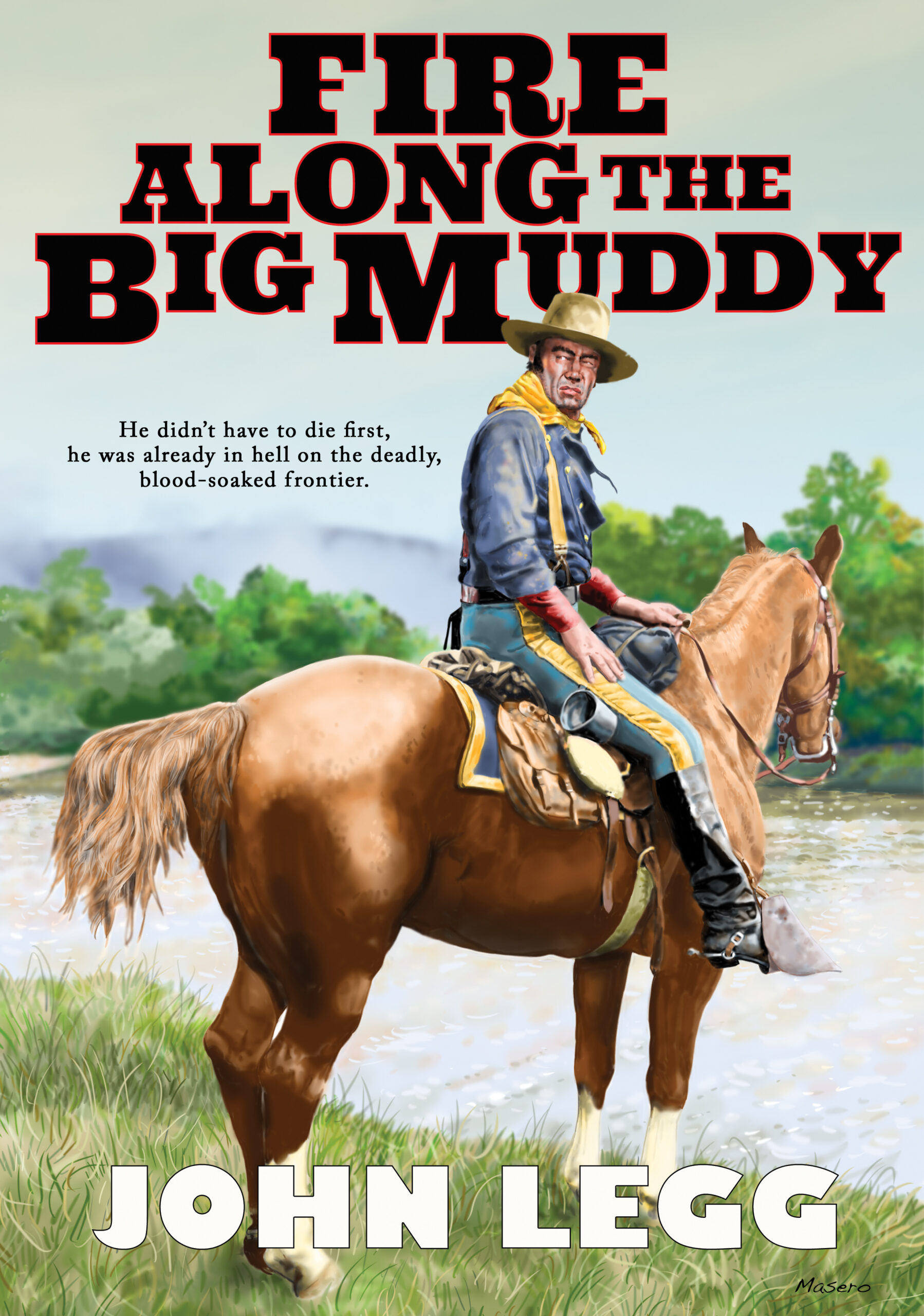 Miles Barclay is a restless misfit soldier who went looking for more adventure than the army could provide.

Deserting his army fort, he headed up the Missouri River in search of a band of mountain men. But no matter how deep he trekked into the wild frontier, he could not journey beyond the reach of the white man’s law.

Shortly into his venture, Barclay is rescued by a Sioux tribe that teaches him to temper his untamed spirit. 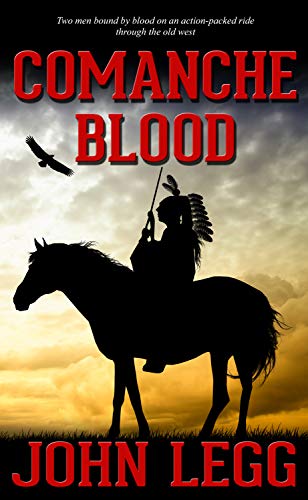 ON THE HUNT FOR FREEDOM

AND A LIFE WORTH LIVING …

Two men – one white, one red. Tough, driven, as hard as the mountains and the Llano Estacado they inhabit.

Opposites in every way, but bound by a bond of blood and respect even as the years bring hardship, conflict, and grief.

Comanche Blood is an action-packed thrill ride through the Old West.

IN DARK DAYS, THIS WARRIOR MUST BATTLE NIGHT 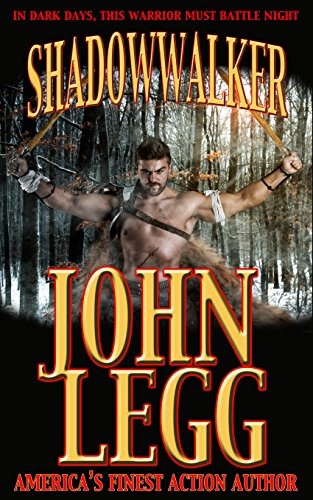 He was known only as Shadowwalker, a name bestowed on him by Lochern, master smith in Swallow’s Roost.

Despite his humble beginnings, he has an aura about him, something that presages an extraordinary destiny. Anyone can see that, except himself. In his own mind, he was simply a free warrior, traveling the various fiefdoms of Tho’orn with a special companion. He does, in time, come to realize that he is on a quest, driven — or pulled — by something, though he knows not what.

As time goes by, however, his search takes on greater urgency as the flames of war begin racing across Tho’orn.

A SAVAGE MAN FOR SAVAGE TIMES 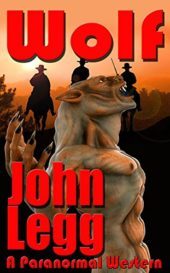 Like many men prowling the Western frontier, John Schilling is a bounty hunter. But he’s not your common man-hunter. Schilling is a shapeshifter, with powers far beyond those of regular men.

When Schilling rides into Lupine, Colorado, a complication arises in the slender, beautiful form of Meg Travers. And when lycanthrope-hunter Professor Leopold Jaeger teams with the area’s top dog, Luther Pettigrew, Schilling gets more than he bargained for, and he finds himself in a position he never been in before — helpless.

But aid comes from a most unlikely source. Now unfettered, he gives free rein to the wolf side of his nature, and God help those who get in his way. 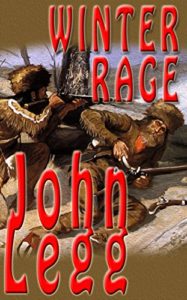 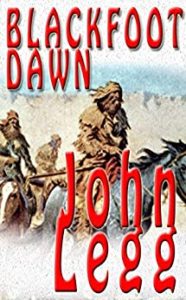 The Blackfeet called him L’on Farouche—the wild man. It was a name well-deserved for the giant mountain man, who cut a fierce path through that nation. And along the way, his newfound crew of youngsters matched him every foot of the way.

To read an excerpt from each of the books in the trilogy, click on the individual covers.