As they ate, Li’l Jim asked, “I thought the Lakota were mostly against whites. How’d you come to be so friendly toward Nathaniel — and Homer?”

“How’d that come about?” Hannah asked.

Four Horses smiled and looked at Sky Hawk. “You tell? Or me?”

“I be with the Missouri Fur Company then. One day, I went ashore to hunt meat for the men.”

“Our people,” Four Horses interjected, “went northeast to visit, and to trade at white man’s fort. We were near big river when many Arikara attacked our small hunting party. 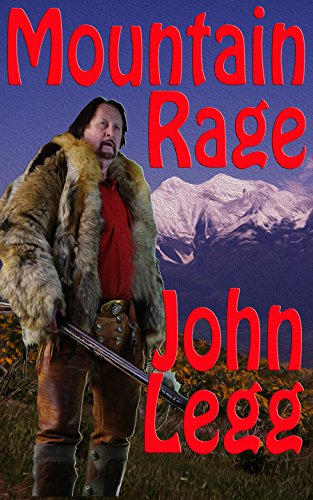 “We fought bravely, especially a warrior named Badger.” He smiled at the confusion on the younger people’s faces. “He now called Sky Hawk,” he said with something approaching reverence.

“What happened then?” Train asked.

“We began singing our death songs,” Four Horses continued. “The end comes, we thought. We would die fearlessly. Just when end seemed near, a whirlwind come. We thought it was what you say is devil, called up by Rees to take the breath from us. But it not devil. Not to us. It was a big white man. Very big white man. He fought like wild man.”

The battle was filled with dust and war cries, the shouts of warriors, the screeching of wounded and dying men. The Lakota started the battle on the back of their ponies, but they were soon being overwhelmed, and they dismounted, hoping to use the animals as something of a bulwark against the great numbers of the enemy.

Sky Hawk rammed his lance through a Ree, but as the warrior fell, the lance was wrenched from the Lakota’s hands. He managed to duck as another Arikara swung a war club at him, and blocked the spear thrust of another with his hardened bull hide shield.

Though Four Horses was still a youth, he suddenly appeared alongside Sky Hawk, a knife in one hand, tomahawk in the other. Sky Hawk glanced at him and saw fierce determination but no fear on the youth’s face.

The two fought back to back as what seemed an unending wave of enemy warriors slammed against them. Sweat ran down their sides and backs. Weariness began to make their arms sluggish. Dust choked them and clouded their eyes. But still they fought on.

Suddenly from out of the dust came … just what he wasn’t sure at first. Then it showed itself to be a man. But a wild, ferocious one. A demon with a thick beard, a rifle slung across his back and wielding a tomahawk.

A splash of cold fear splattered through Sky Hawk’s insides as this raving beast appeared before him, weapon raised. The man stopped before swinging the ‘hawk. He nodded once and was gone.

Sky Hawk and Four Horses fended off a couple more attacks, but after a few minutes, they were alone. The dust began to settle, and the noise dwindled. When he could see clearly again, Sky Hawk was astonished. Arikara bodies were strewn about, a good many of them. All four others who had been with Four Horses and Sky Hawk were wounded, one badly, but not dead.

Once again, the giant appeared before them, but this time he did not seem so fierce. “Ye be all right, lads?” he asked, his voice a rumble that fit his huge body.

“Well, be havin’ at it, chief. I’ll try to round up some ponies.” He looked around. “Ye be a mighty warrior, chief. You, too, lad,” he said, nodding to Four Horses. The two Lakota had killed at least five enemy warriors.

The Lakota ponies had wandered back to the vicinity, and a number of Arikara horses had followed. Squire had little trouble herding them toward where the Lakota were just finishing up their grisly trophy collecting.

“How be your friends?” Squire asked.

“Hurt. One bad. Others only little.”

Squire turned to walk away but stopped.

“Got none. No horses be on the boat.”

“Not good for warrior to talk. You take a horse.”

Squire laughed. “Ain’t a one of these ponies be able to hold a man big’s me.”

“Maybe you take two. Ride ‘em together,” Sky Hawk said, then burst into laughter too.

“Doubt that’d work, chief. But thank ye for the offer.”

“Take horse to carry meat. Maybe two to ride. One a little, then change. Ride a little, change.”

“That be temptin’,” Squire allowed. “But I got nothin’ to do with the horse once I get back to the boat. I don’t want to let it go.” He grinned. “Might get stole by some other thievin’ warriors.”

“I go,” Four Horses said suddenly. “I bring ponies back.”

“What ye be sayin’ about this, chief? By the way, what be your name?”

“Badger.” Sky Hawk thought that over for some moments, then spoke quietly to the youth in his own language, little of which Squire understood. Then the warrior nodded. “He go. Take two ponies for you to ride, one for meat. He ride another.”

“All right, Small Hand, pick us out some ponies.”

A few minutes later, Squire skeptically looked at a pair of short, powerful ponies, both some shade of muddy gray. “This horse ain’t gonna like it none when I climb on his,” Squire muttered.

“No matter. He can’t throw you,” Sky Hawk said with another laugh.

“Reckon that be true.” Squire grinned. He went to get on the animal, but it skittered off to the side. “Damn horse,” he snapped. The more he tried to mount the saddleless animal, the more it tried to get away. It did not improve his suddenly sour humor when the Lakota, including the wounded ones, laughed.

Finally Sky Hawk eased Squire’s annoyance. “We mount from other side,” he said, still laughing.

“Damn, ye could’ve told me that before I made a fool of myself.” He ducked under the horse’s neck and leaped easily onto the animal’s’ back. His good humor returned.

They stopped once when Squire shot two buffalo. They butchered out the ribs, hump meat and fleece, liver and tongue from each as well as more meat as they thought the horses could carry.

They finally caught up to the boat, which pulled to the bank, where the meat was unloaded. When they were done, Squire gave Small hand one of the tongues. “You be watchful on your way back, boy.”

“Yes.” He paused, then said, “Badger says you come to village. North of river you call Platte, near mouth of Loup.”