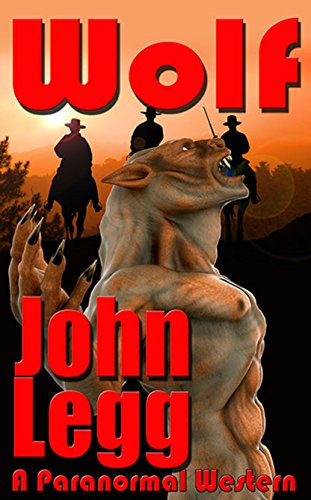 A week after Schilling last saw Meg, she showed up at the office. Schilling chucked his head at his deputy, who rose, tipped his hat, and left.

When the woman sat, Schilling said, “Have you made up your mind whether I’m a monster or not?”

“No,” she responded. “But I ask you to tell me: Are you what Professor Jager claims lives here?”

Schilling stared at her, wondering what she was feeling. She showed no fear; she was almost defiant, daring him to tell her.

It was time, Schilling figured. She had to know.  “Yes,” he said simply. It hurt him to see the sudden curtain of dread settle over her beautiful face. To his surprise, though, she recovered quickly.

“What if I don’t believe you?”

His eyes suddenly changed to a dangerous yellow, and a low growl escaped his throat. He grimaced a little, showing the beginning of fangs.

Meg recoiled in horror. But regained her composure again more swiftly than either of them thought possible. “Explain to me how this came about. What happens when you … change?”

Schilling sat for some moments, trying to decide what and how much to tell her. Then he shrugged inwardly. She should know it all, he decided. “My father was a Hessian mercenary during our war for Independence. When the war ended, he, like many of those Germans, decided to stay in this country. They were accepted by most folks. But there were some who did not, who hated those men for what they had done during the war.

“One old woman, who everyone in the area knew to be odd of mind, was particularly hostile to anyone who had fought against the patriots. She had lost her husband and two sons in the war. She cursed my grandfather.”

“I don’t know how she did it, but she turned Grandfather into the half-man, half-beast the professor spoke of.”

“But if it was your grandfather …”

He passed it down to my father, and he to me.”

Schilling nodded. “I know. It was my attempt at humor.” He sighed. “But it was that way. Both hoped the curse would fade with succeeding generations. It did not work.”

“The curse includes a long life — and protection against most violence.”

“Then they are alive?” Meg asked.

“No. It’s hard to kill a lycanthrope, which is what people like the professor call men like me. It means a man wolf. Anyway, it is hard to kill one of us, but it can be done.”

“Thinkin’ of takin’ the curse off me by puttin’ me out of my misery?” It was said sourly.

“Well, no, of course not.” She stopped, once more embarrassed. “But if it’s a curse and you don’t like it, then why don’t you …?“ She stopped, unable to continue.

This time it was a real smile, though a sad one. “Those like me can’t take our own lives. If that were possible, I would have done so a long time ago.”

“Have you thought of having someone else …”

Silence grew, hanging in the air like a fog. Finally Schilling said, “What now, Meg?”

There was more silence, but this time Meg broke it, a look of horror sprouting on her face. “It was you who … who …?”

“Killed your father? Yes.” It was said flatly.

“And I fell in love with you? The man who killed my father?”

“I think you fell in love with me despite that.” He sighed, melancholy sweeping over him. “But he deserved to die, the way he treated you and your ma. He was an evil, ill-tempered, foul old man.”

“He was,” Meg allowed, still sickened. “But like that? You turned into a ravagin’ beat to kill him like that? Tearing him to pieces like a wild animal?”

“That’s what I am at times, Meg.” He shook his head sadly.

Meg rose and headed for the door. But when she got there, she turned, hand on the knob. “What are you going to do?”

“Are you sayin’ you want me to stay?”